After scouring the seemingly endless combinations of colorful bricks lining the shelves of the Lego store in Midtown Manhattan, Flynn Deady knows what he wants.

The 6-year-old has set his sights on a 77-piece box to construct a miniature Empire State Building. When it comes time to purchase the $21.99 set, it will be young Flynn picking up the tab.

“I think it’s important for him to know what to do with the money he has,” Jeff Deady, Flynn’s father, said. 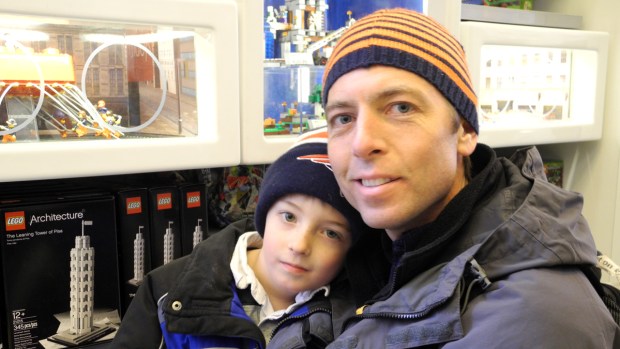 While he’s only in kindergarten, Flynn has a bank account seeded with $700 from his father and grandmother.  The boy will shyly tell those who ask that he wants to spend his savings on Legos, though his dad is hoping to use the account to teach his son valuable money lessons.

Following years of recession and financial turmoil, a push has emerged to increase financial literacy in the classroom and at home for children, before they have to face decisions about student loans, retirement savings, salaries and credit.

Magazines, video games and books urging frank discussions about finances at a young age have hit the market. Forty-three states now include personal finance as part as their educational standards, up from 36 a decade ago, according to the Council for Economic Education Survey of the States for 2014. One 2013 surveyby a mutual fund found that nearly three-quarters of parents talk regularly with their children about money.

“We need to end the epidemic of silence in families,” said columnist Ron Lieber, whose new book “The Opposite of Spoiled” encourages parents to speak more freely with their kids about finances.

Lieber, a columnist for the “Your Money” section of The New York Times, told NBC Owned Television Stations his 9-year-old daughter asks about money all the time, and he is more than happy to answer her questions.

While it’s not yet clear how much of an impact the early money education will have on children’s finances as they grow up, there are no shortage of available resources.

Jean Chatzky, financial editor of the “Today” show, doles out money advice to young savers through Your $: Financial Literacy For Kids, a new monthly magazine for fourth, fifth and sixth graders designed to teach students how to use and save their money.

The magazine is distributed to 2 million students in schools and available for free online for teachers. It covers topics like the cost of owning a dog, Bitcoin and using mobile phones for purchases.

“Today money is invisible,” Chatzky told NBC Owned TV Stations. “It is important to get kids to understand that it is real. When I was a kid, I put my money in the bank and I could see it growing. That was inspiring. Today, because of higher interest rates, you put your money in the bank and nothing happens.”

Some major banks are also getting in on the early money education trend. At the beginning of February, Visa partnered with Michigan Treasurer Kevin Clinton, the nonprofit Jump$tart Coalition and Detroit Lions tight end Eric Ebron to expand a free educational video game statewide. “Financial Football” is designed to teach students about personal finances with sport-themed fun.

Citibank, meanwhile, is working with schools and organizations to expand its own financial literacy workshops. The financial institution has invested $75,000 for workshops at Perspective Charter Schools in Chicago.

Greg Lowe, development officer at Perspective Charter Schools, says the workshops, which teach students how to conduct a cost-benefit analysis for a college education and how to maintain a good credit rating, fill a “huge need” for the school system.